You do not have to be a romantic type of person to fall in love with this city at first sight. Ronda simply takes your breath away. Just stand at one of the viewing terraces to feel this joy flowing through your body and to constantly keep repeating ‘wow’.

Completely by accident, I found this small town on one of the travel blogs and I immediately put it on my bucket list. After analysing our itinerary and seeing on google maps how this road will be curvy (just watch out if your children are suffering from motion sickness), my adventurous husband completely excluded this place from our travel plan. It took me a lot of time to convince my beloved that this place is worth doing a large detour from Seville to Malaga. Everyone knows that women can be stubborn when they want something badly…there is no compromise, it is like pulling our teeth.

Well, as you could guess I won and unfortunately the trip from Seville to Ronda wasn’t the pleasant one. But let me start from the beginning … we booked to rent a car with the Enterprise and despite the fact that we were the first customers, the car was not fully ready, then Arabella’s car seat had to be cleaned and installed. We left Seville with an hour delay. The trip took us a little over 2 hours, but because we arrived around lunchtime, the girls at the end of the trip gave us a proper ‘yelling’ concert. I bet my husband also cursed me and my stubbornness in his thoughts.

You know that feeling when you’re finally in a new place that you’ve read so much about … that you’re just asking ‘Is this place real?’. Oh yes! It took just a moment for my team to completely forget about our weak start. My older daughter was keep squeezing her face between the metal barriers to look at those drops with massive wow.

We were slightly concerned if this city will be a pram friendly due to its hilly location, however we were able to visit the majority of the attractions we planned. It is not a town with children friendly attractions, but our kiddos loved it anyway and were really interested in the views. 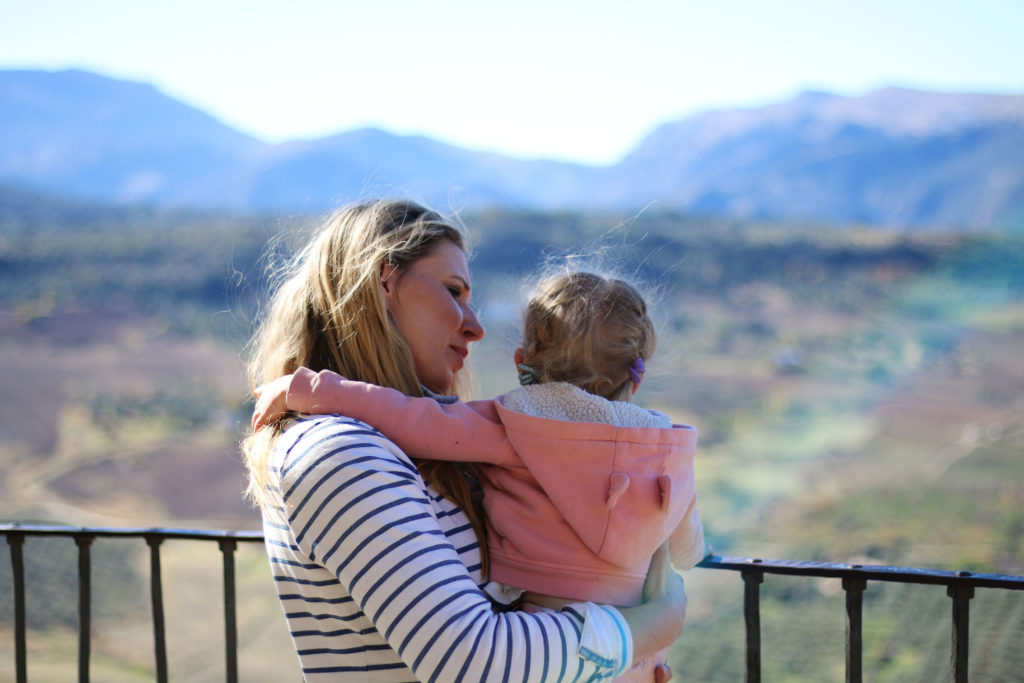 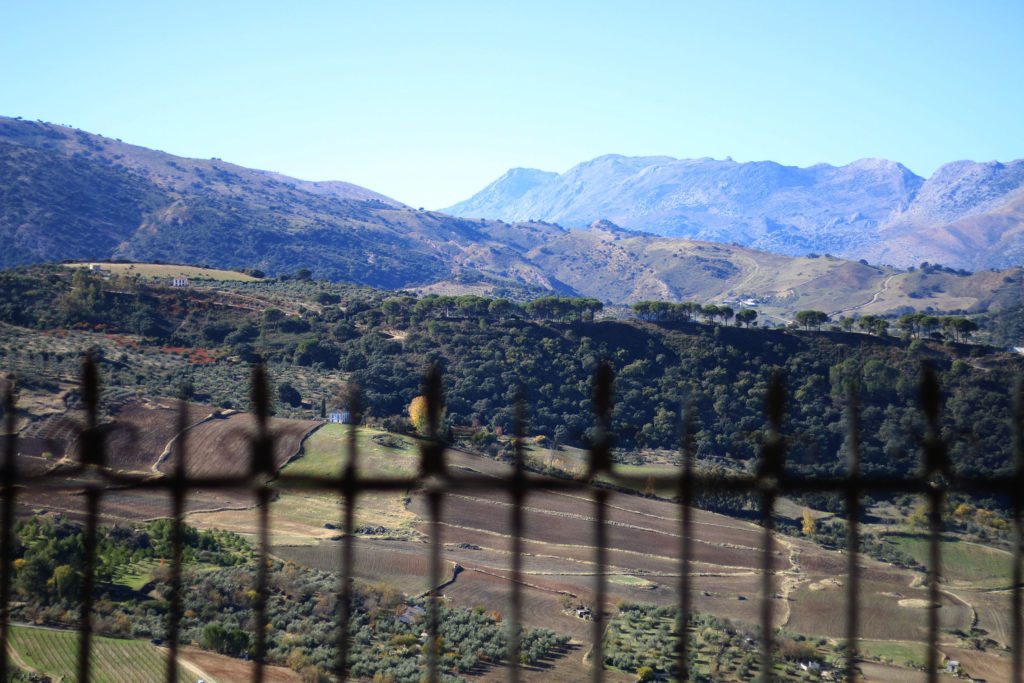 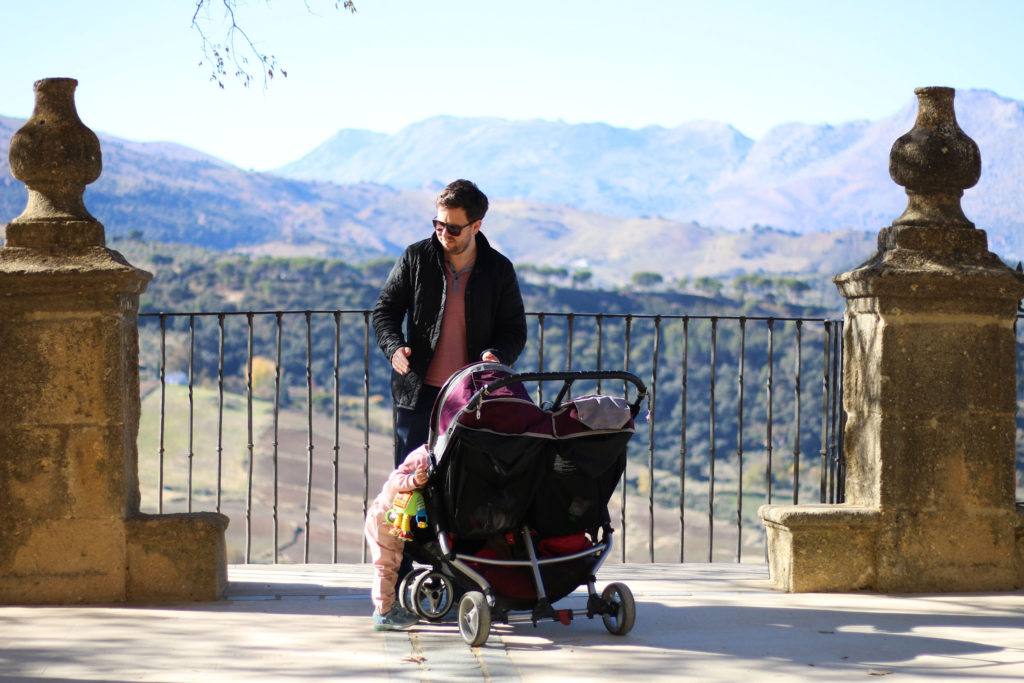 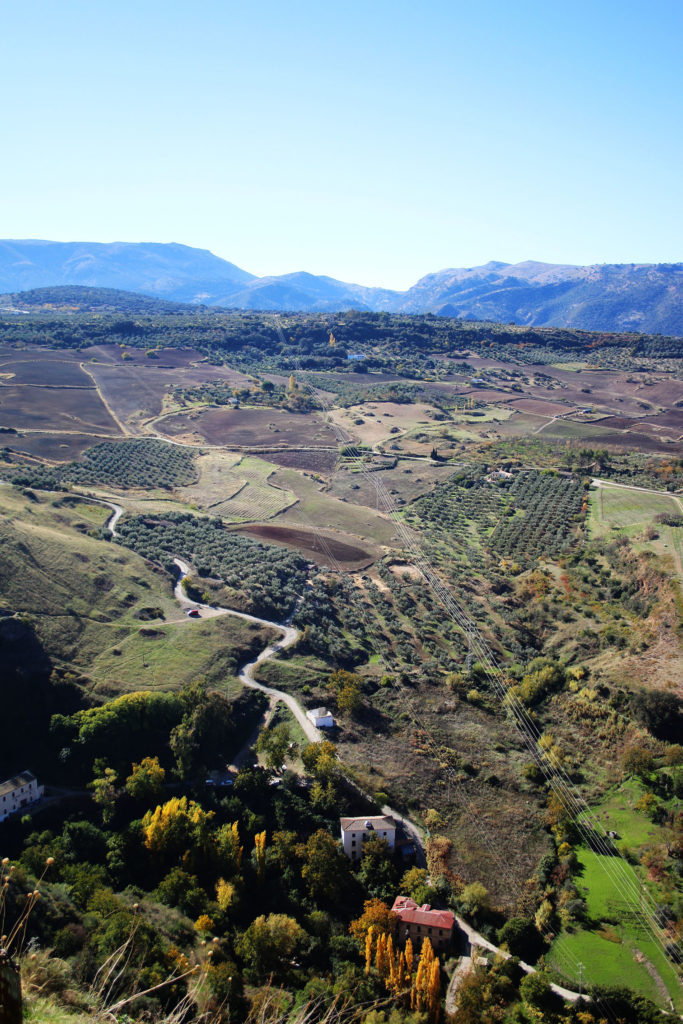 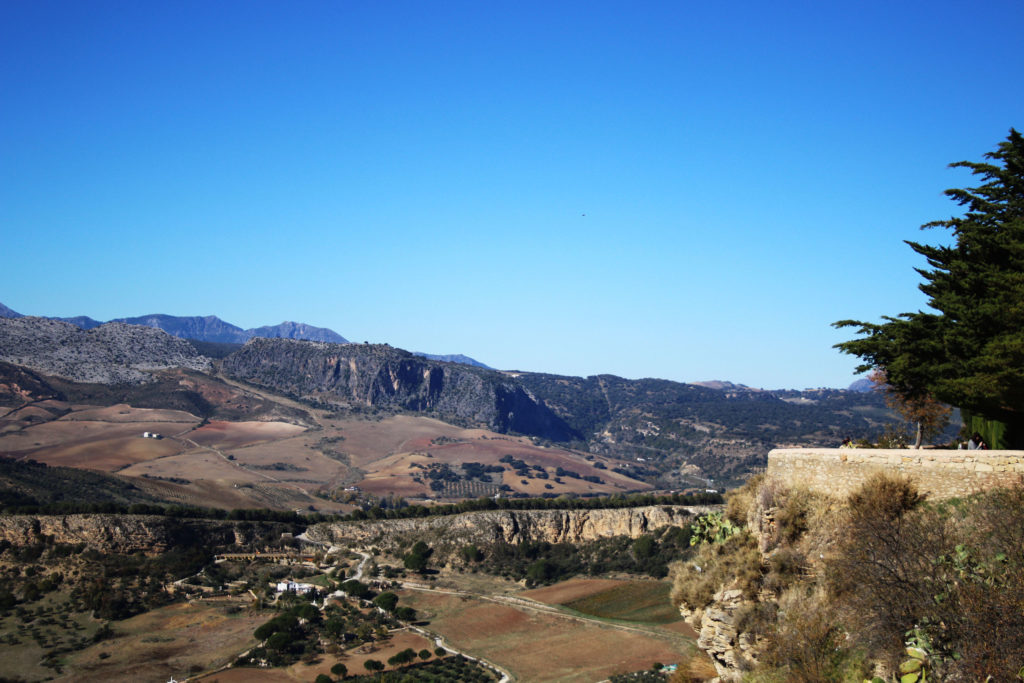 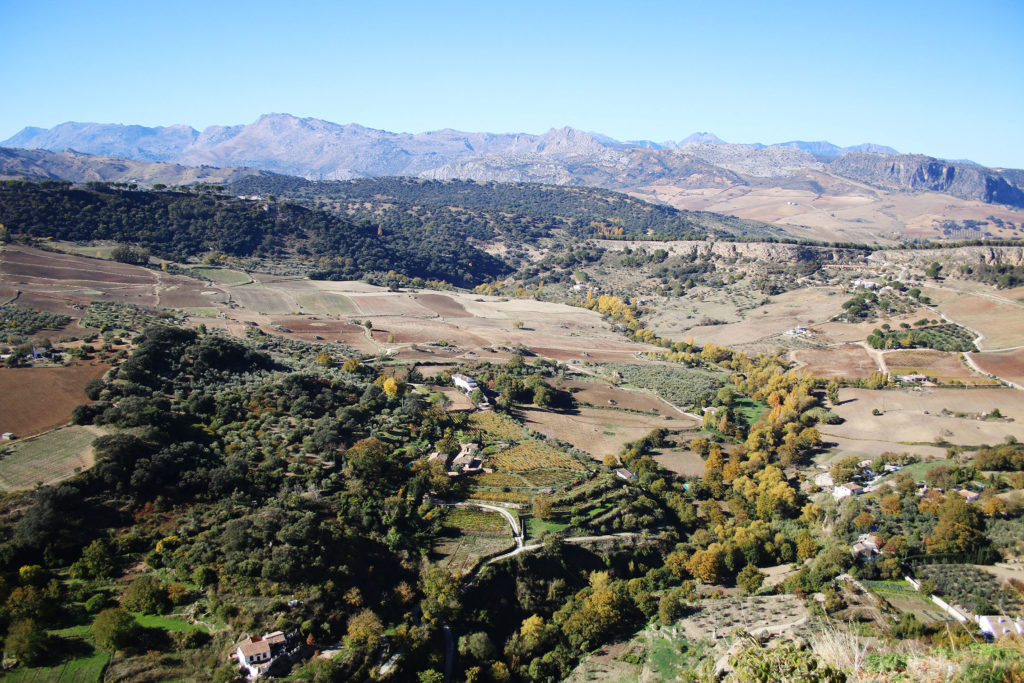 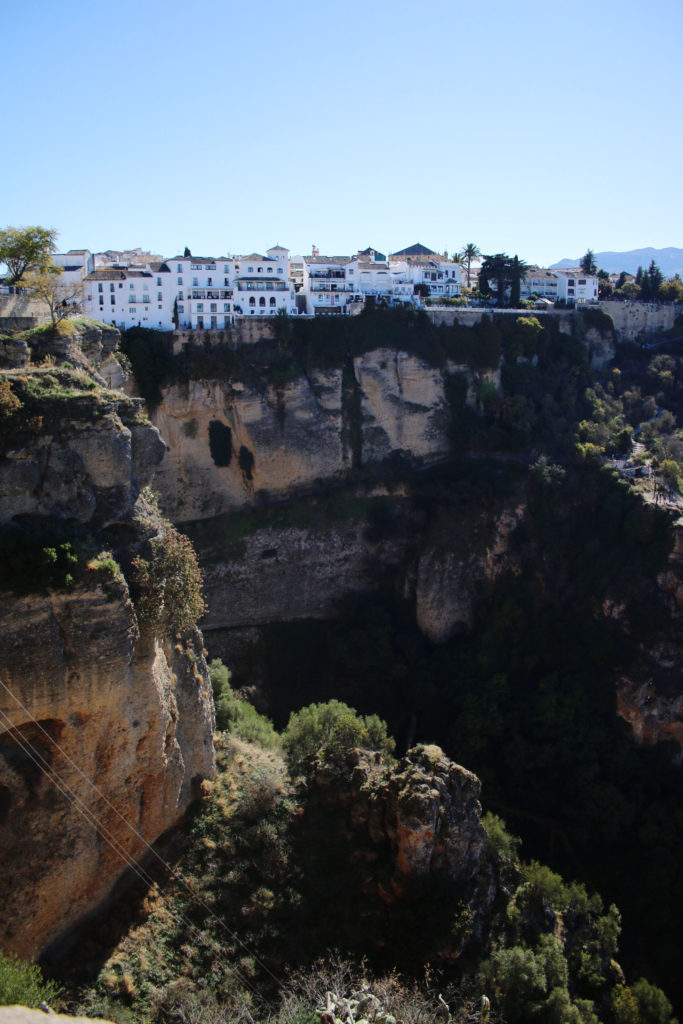 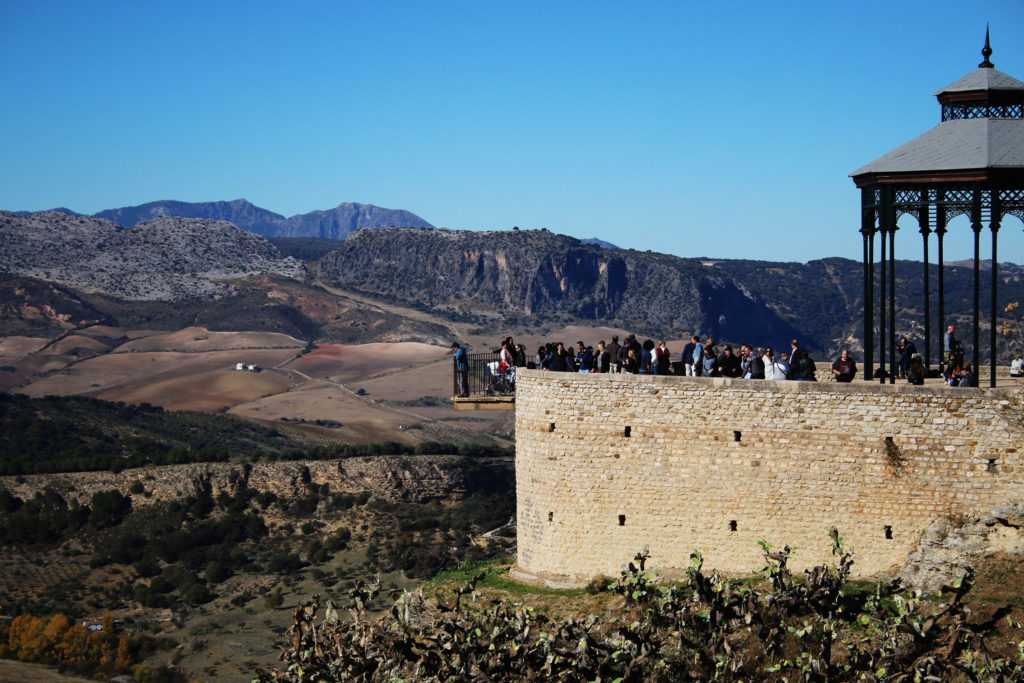 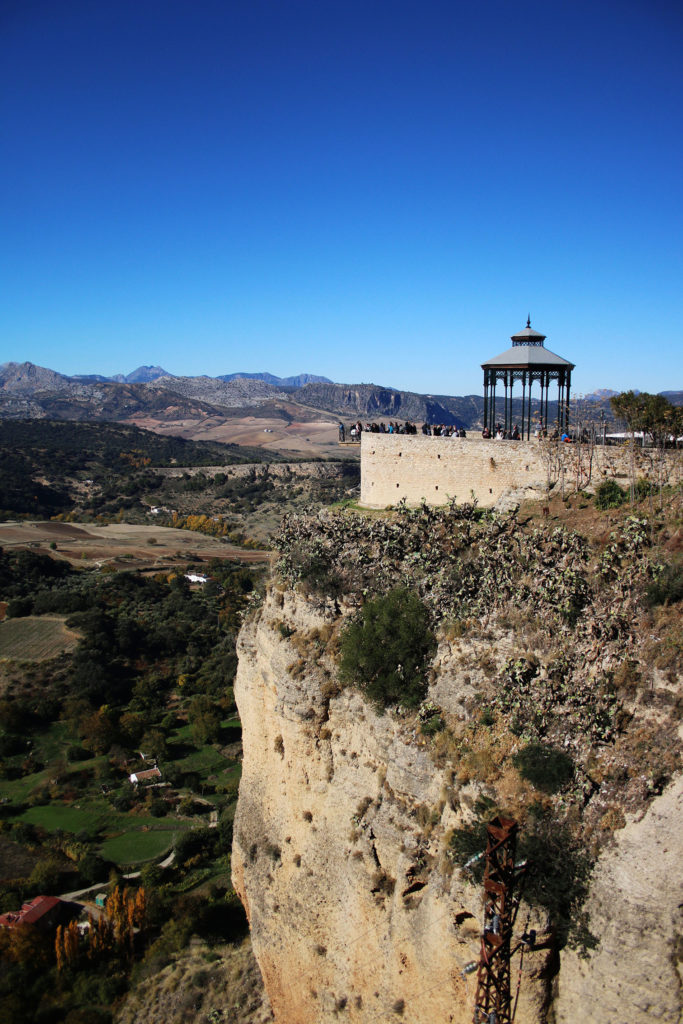 We parked in the underground parking La Merced (Calle Carlos Cobo Gómez, 1) where we had literally a moment to the main observation deck Mirador de Ronda in the Park Alameda El Tajo. The view of the surrounding mountains and El Tajo gorge is unforgettable and breath-taking. Believe me, you must see it with your own eyes. Luckily enough, visiting Ronda off -season made us one of few tourists on the Mirador de Ronda, so we could really enjoy the scenery without elbow to elbow confrontations.

Take a walk along the observation deck to El Balcon del Coño. I will not translate this name into English to not cause any offense, but if you imagine that you are standing on the balcony where you look in the 200m abyss, for sure you will swear or at least think it. In Spanish, that would be ‘Ayy, cona!’.

Immediately after the Puente Nuevo passage you will encounter another terrace, which offers amazing views of the northern part of El Tajo, Cuenca gardens and Puente Viejo. It’s simply a paradise for photographers. Unfortunately, we were unlucky enough as it was closed due to renovations, but we managed to capture a part of this amazing vista standing directly on the new bridge.

Puente Nuevo, or so-called The New Bridge was completed in 1973. This bridge connects the old Moorish city with the newer part of El Mercadillo. This is the most recognisable point of Ronda. If you want to see the bridge from a different perspective and capture this postcard picture then you can follow the path that starts at Plaza de Maria Auxiliadora. For sure this is not a pram friendly or children friendly trail (however I did see there a couple walking with a newborn in their arms), but it is worth to make a shift with your partner as it is a short walk down (about 300m), and the views of the New Bridge and other side of the Ronda are really impressive. Just remember to avoid high temperatures, because the return climb up can take your breath away and raise your heart rate quite drastically.

If you are a family who loves adventurous, you can go further down following the river to get to the bottom of the gorge, directly under the bridge.

The bullfighting style, in which the matador stands and faces the bull, uses capes and artistic movements, was invented here, in Ronda. Neither me nor my spouse are fans of this sport, but somehow we have never had an opportunity to visit the bullfighting arena. The ring itself is the largest in the world and it definitely makes an impression when you stand in the middle of it. Lily loved running around the ring with her father who tried to pretend to be a bull. Moreover, to discover the premises where bulls are kept and to climb to the highest tribune was a great attraction for 2 years old.

Probably best to visit in the afternoon at the end of the day as we did, or at the beginning of the day, before arrival of the organized groups.

A pleasant walk through the old part of the city will take you to the Plaza Duques de Parcent, where you will find many historic buildings. The impressive Ayuntamiento de Ronda, which in 1734 served as military prisons, reminded us a little of the Mexican square. If we had more time, we would love to sit down and enjoy the place while drinking a coffee, especially as it was quite deserted compared to the crowds at Plaza Espana. 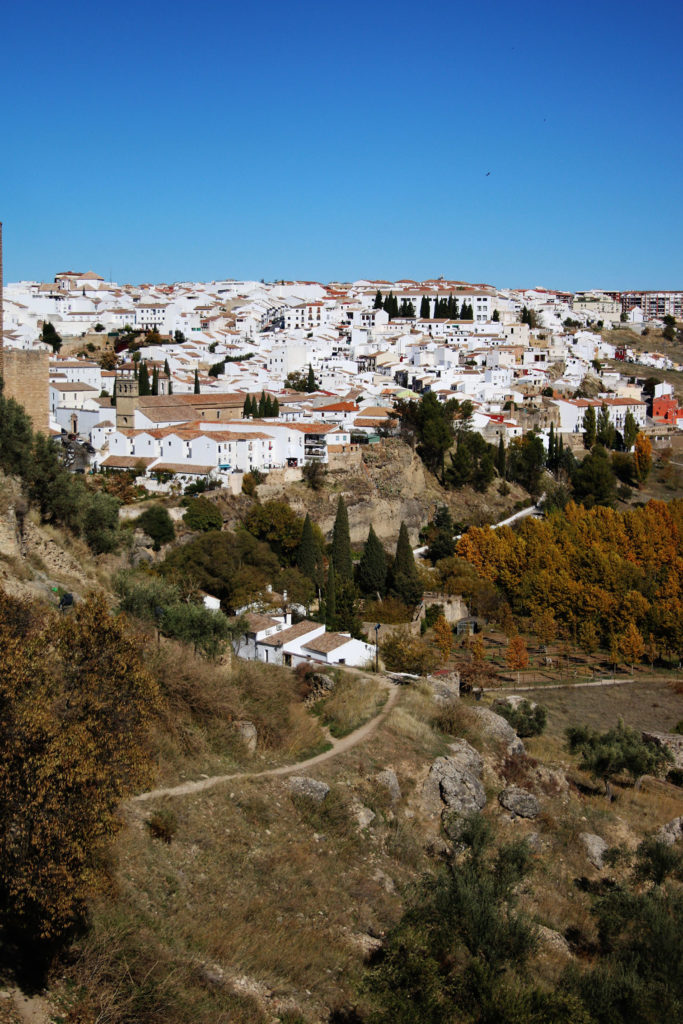 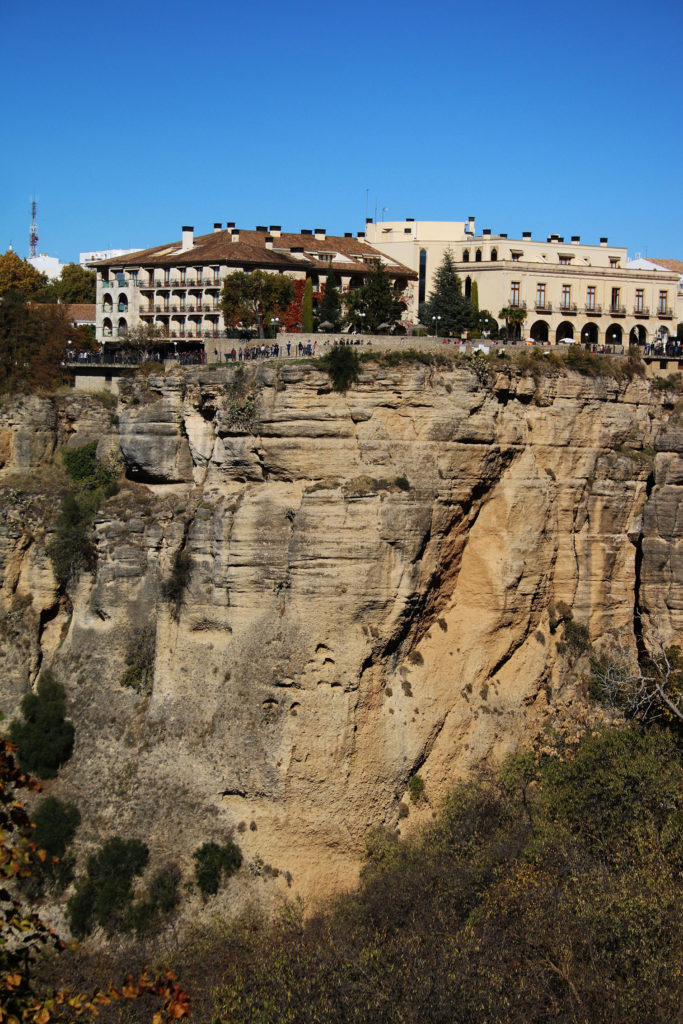 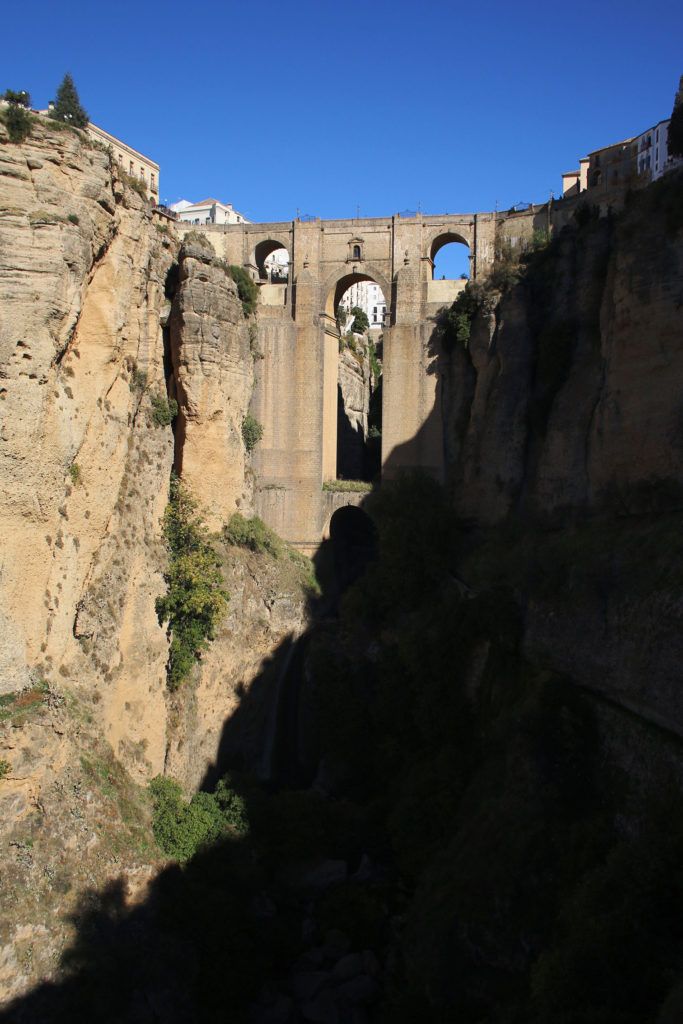 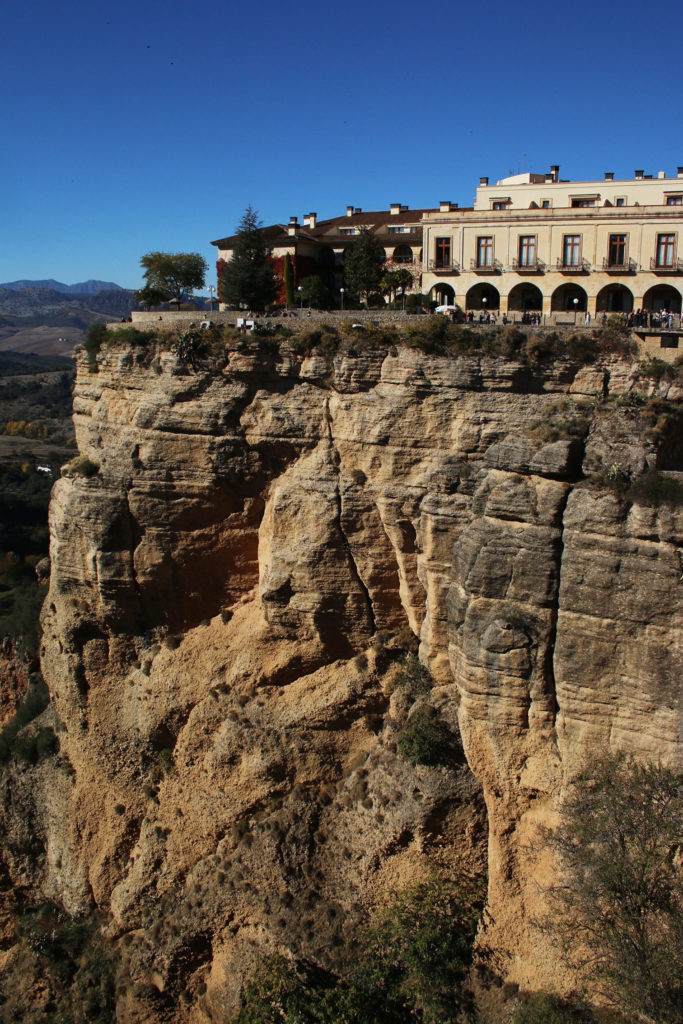 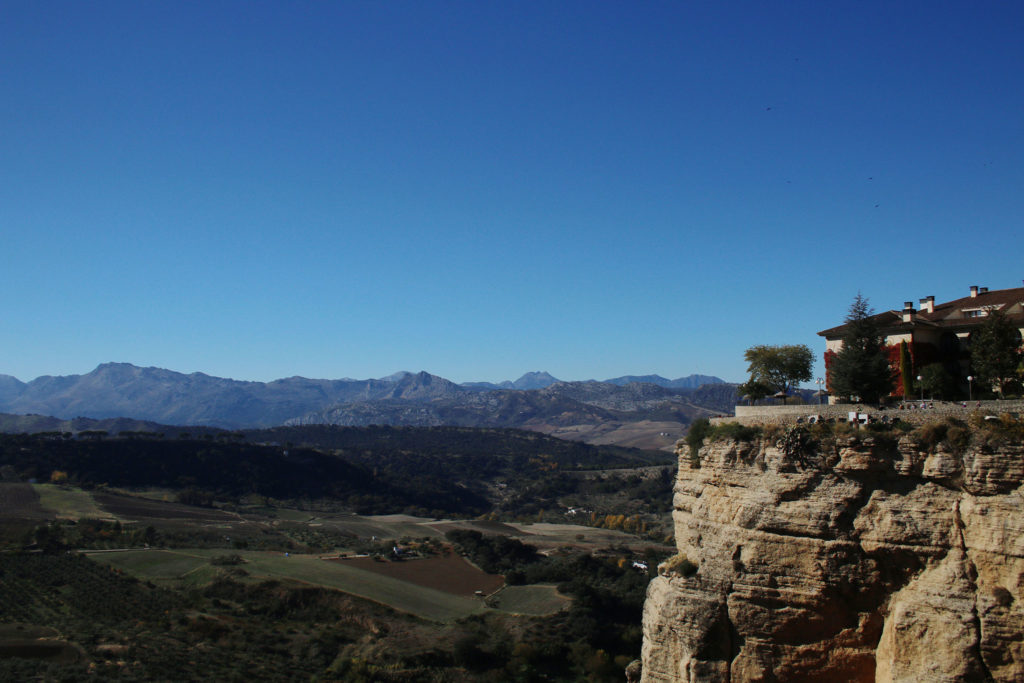 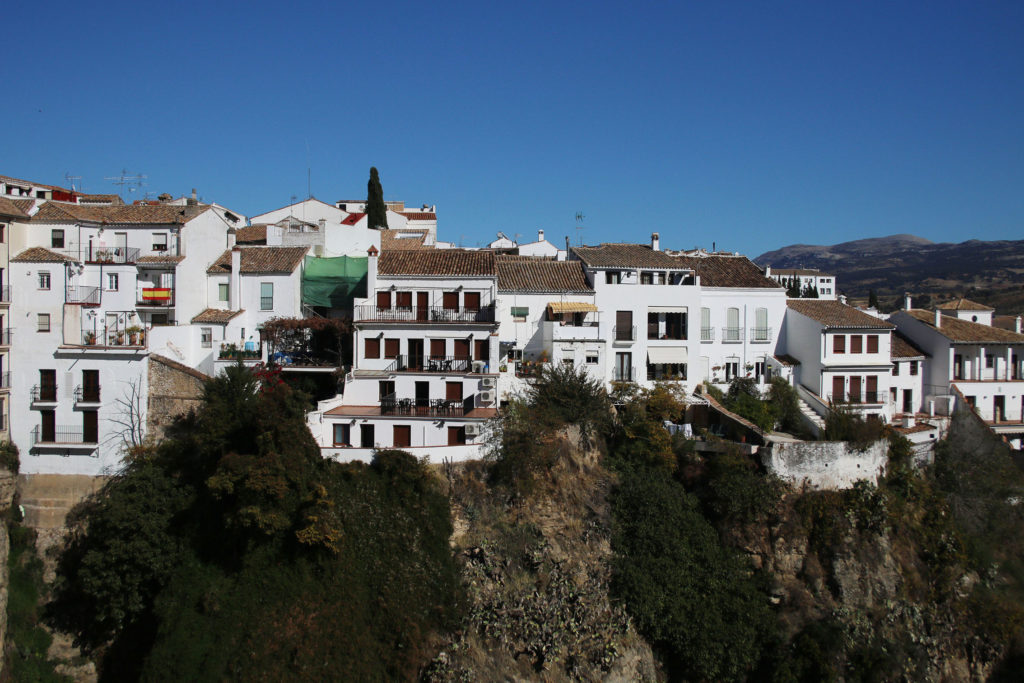 Botega San Francisco – Plaza Ruedo Alameda – delicious tapas, really cheap, visited by locals. Unfortunately, they do not provide a changing table or high chairs, but the plus was the playground in the square where kids could play while we waited for food 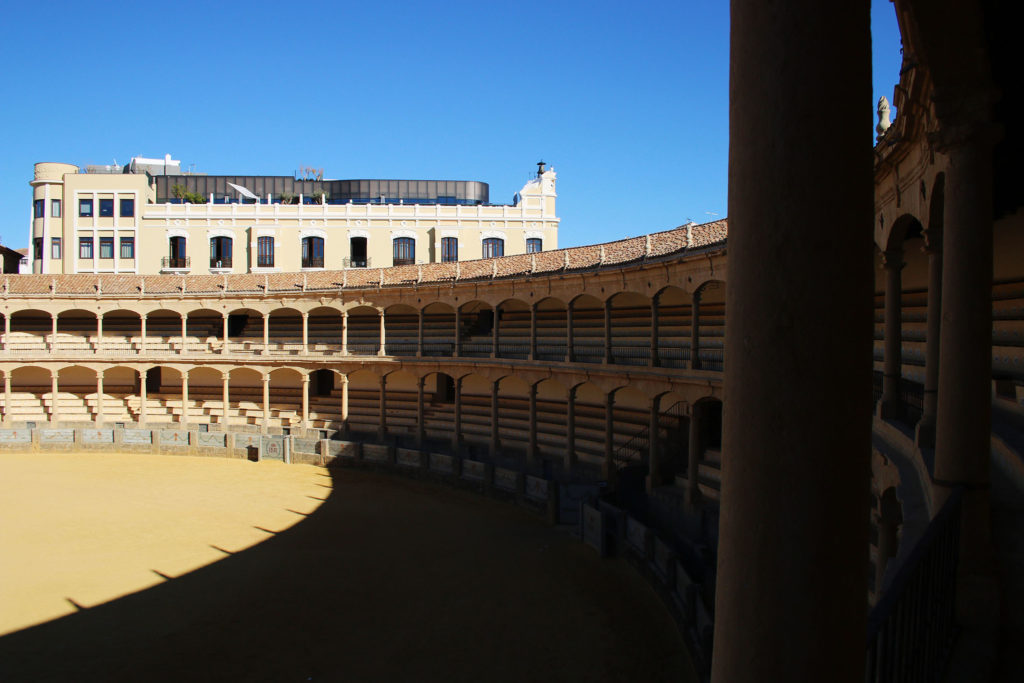 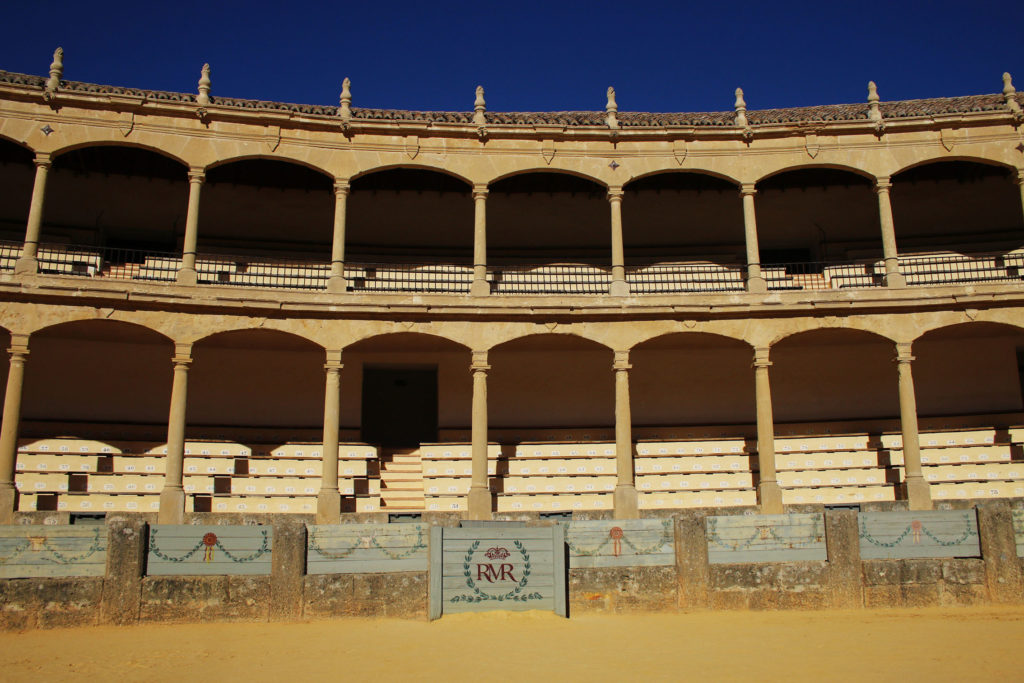 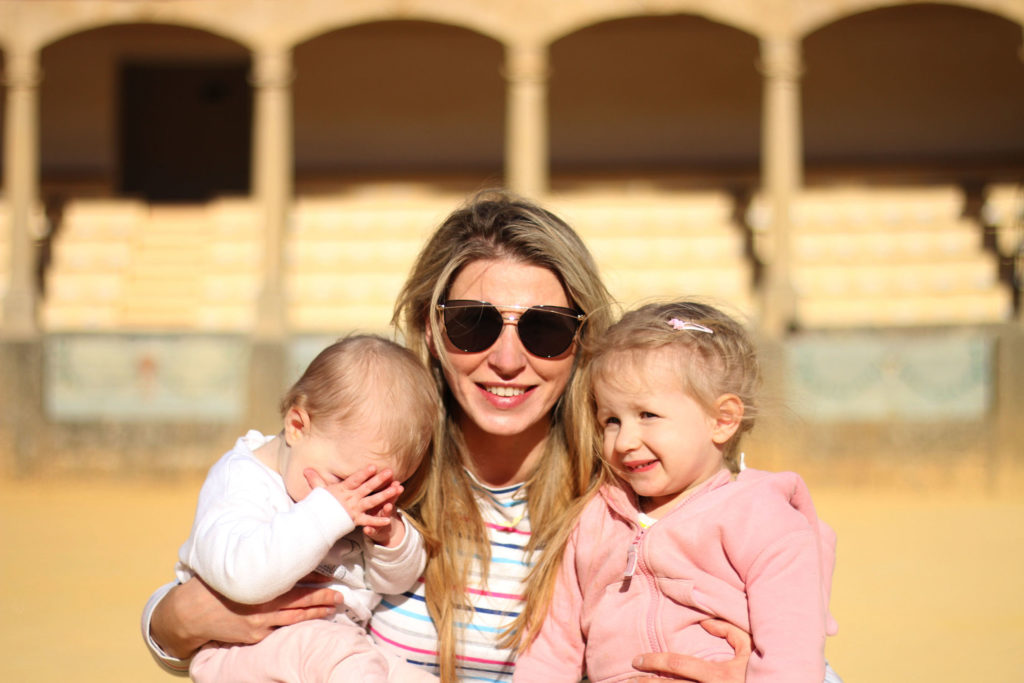 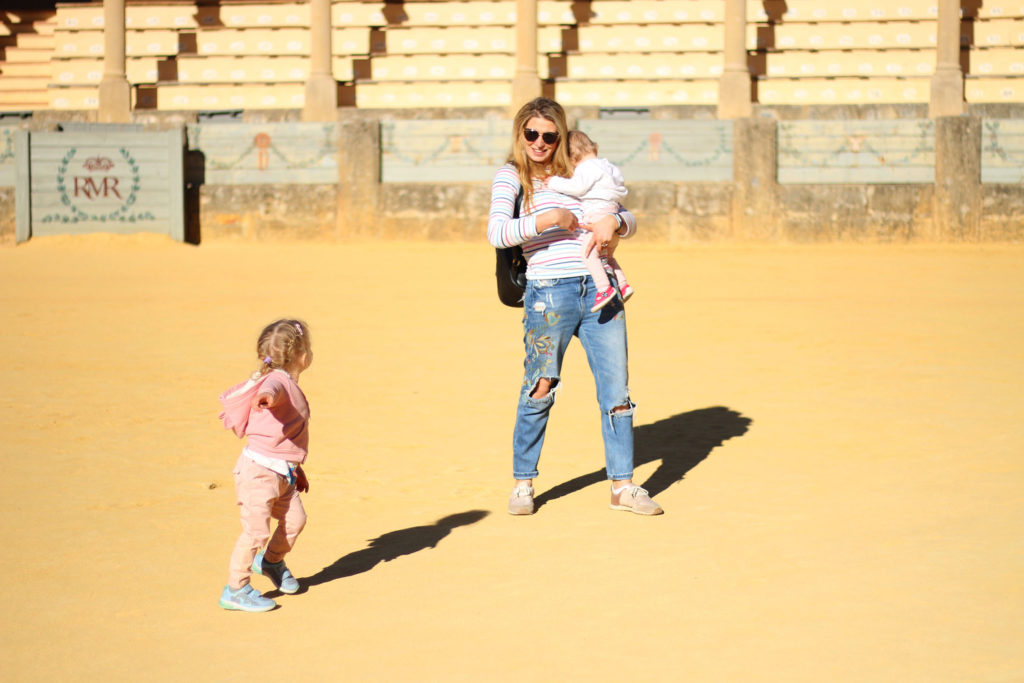 Due to the lack of time we were not able to visit these gardens / terraces. Views are supposed to be beautiful, giving a unique and different perspective from the most-often-seen of the city.

If you are travelling with small kids and pram, I wouldn’t recommend it to visit.  The place itself, very quiet, but with beautiful gardens, peacocks and views of the New Bridge and the surrounding area. What has stolen the heart of most tourists is a surprising mine carved in the cliffs of a gorge and a fortress that dates back to Moorish times. Inside the mine are 231 steps carved into the rock that lead to the river. For sure ‘must to see’ for an active and adventurous family.

If you have some more time and energy, it is worth seeing also this much less crowded bridge. The view from it shows Ronda as a white town with ancient walls, with beautiful landscapes on the hills. After we saw how the road went curvy and down the hill, unfortunately we did not have the courage to go with a double stroller. Let’s face it what goes down, will have to go up at some point.

If you need to cool down on hot days, you can go over to one of the river basins, which are often located deep in the Andalusian landscape. Access to the Cueva del Gato (translate the Cat Cave) is very simple and requires a minimum walk. You can get there and park your car next to the Hotel Cueva del Gato. The water is crystal clear, but also extremely cold. In addition, it is not deep at the entrance, so younger children can splash about. 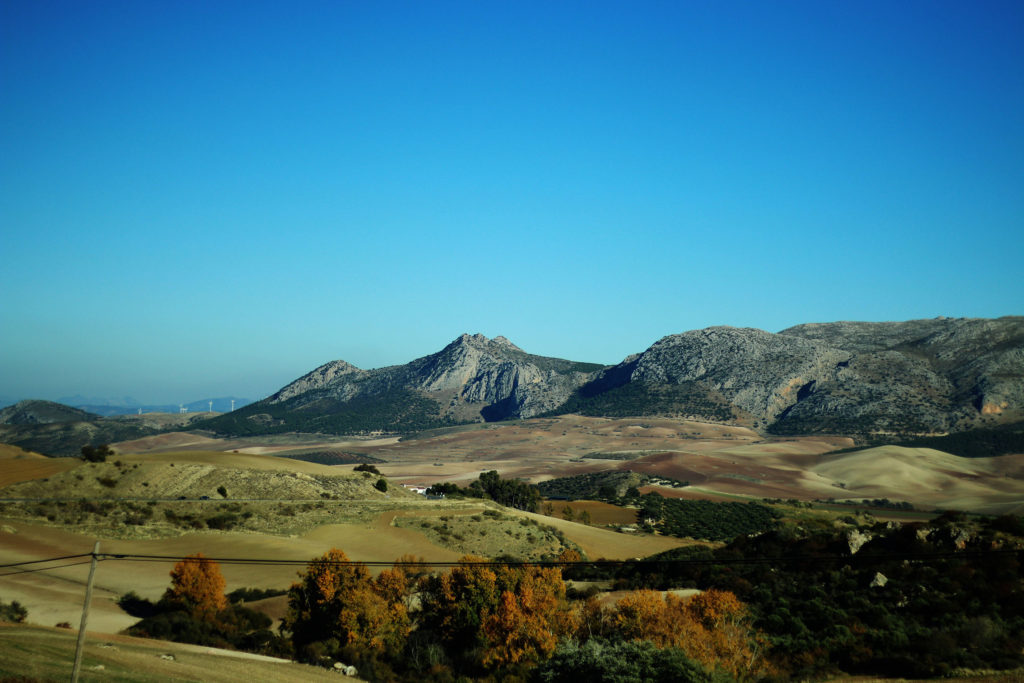 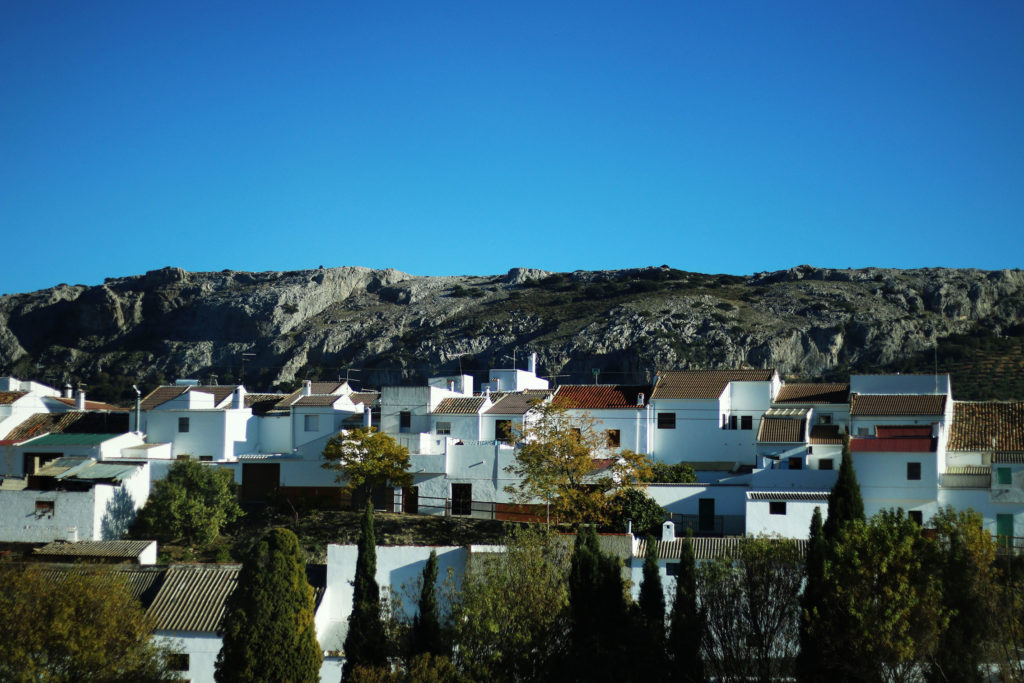 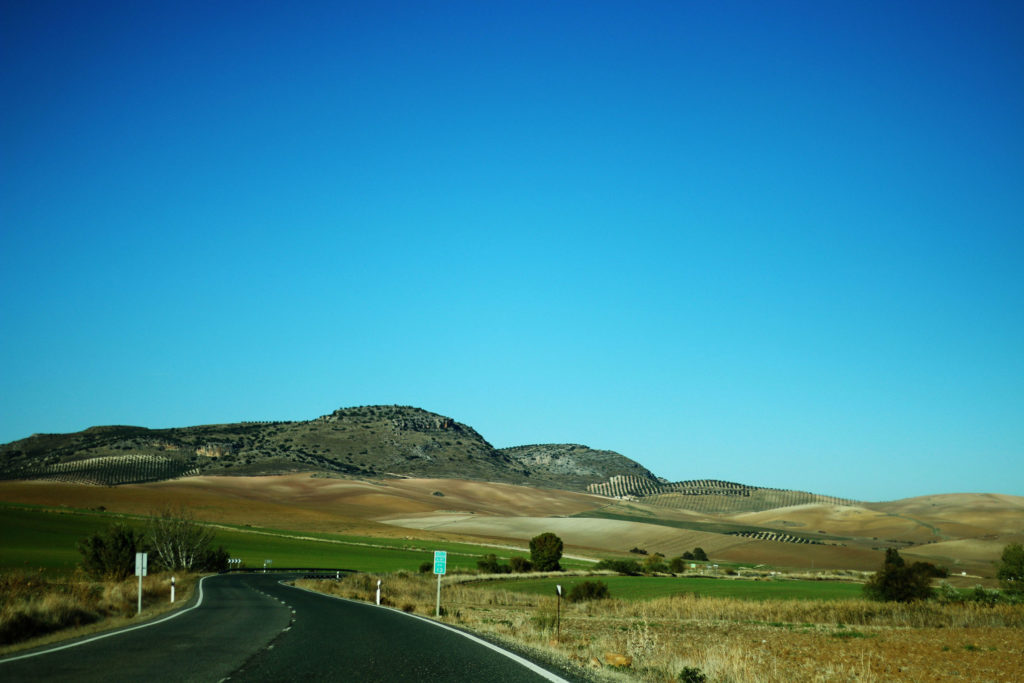 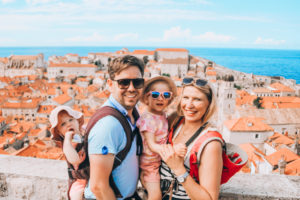 Hi! We are Ula, Ollie, Lily and Bella. We are just an average family that is passionate about travelling. We love travelling abroad, exploring UK or just visit our neighbourhood.